Dr. David Hu's research focuses on fundamental problems of hydrodynamics and elasticity that have bearing on problems in biology. He is interested in the dynamics of interfaces, specifically those associated with fluid-solid and solid-solid interactions. The techniques used in his work include theory, computation, and experiment. He is also interested in pursuing biomimetic technologies based on nature's designs. 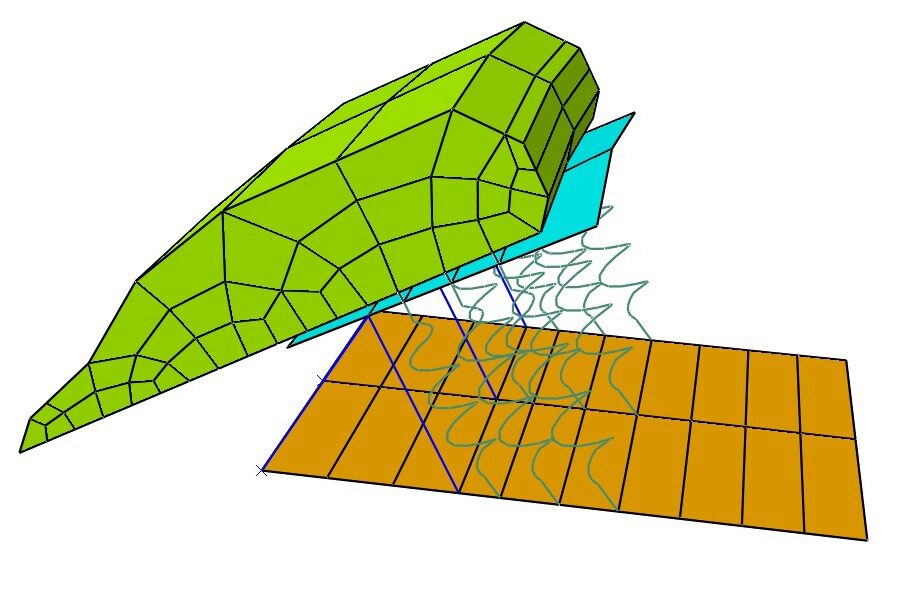 One of his research interests is auditory mechanics. In this research, he develops computational multiphysics models of the mammalian ear based on the finite element method. The mammalian ear is a nonlinear transducer with excellent frequency selectivity, high sensitivity, and good transient capture. The goal of this basic  scientific research is to better understand how the mammalian ear achieves these characteristics. This research  could have important clinical applications as it could help in the development of better treatment and the improvement of diagnostic tools for hearing loss. It could also have engineering applications, such as the design of biometic sensors. This research is truly interdisciplinary as it includes aspects of computational mechanics, structural acoustics, nonlinear dynamics, biomechanics and biophysics.

Dr. Meaud is also interested in the mechanics, design and optimization of composite materials, particularly of their response to cyclic loads. Tradtional engineering and natural materials with high damping (such as rubber) tends to have low stiffness. However, the microarchitecture of composite materials that consist of a lossy polymer and a stiff constituent can be designed to simultaneously obtain high stiffness and high damping. Using computational tools such as finite element methods and topology optimization, the goal of Dr. Meaud's research is to design composite materials with these unconventional properties. One of his future goal is to extend the design of these materials to the finite strain regime and high frequency ranges, in order to obtained materials tailored for the targetted application. This research includes aspects of mechanics of materials, computational mechanics and structural dynamics.

Our laboratory focuses on the smallest organisms on the planet, the bacteria and the archaea, which represent the largest reservoir of biodiversity on Earth, drive the life-sustaining biogeochemical cycles, and cause or control diseases in humans, animals, and plants. Our scientific interests are at the interface of microbial ecology with engineering and computational biology. The long-term goals of our research is to broaden understanding of the genetic and metabolic diversity of the microorganisms and to explore this biodiversity for biotechnological applications.

Discrete atoms and molecules interact to form macromolecules and even larger mesoscale assemblies, ultimately yielding macroscopic structures and properties. A quantitative relationship between the nanoscale discrete interactions and the macroscale properties is required to design, optimize, and control such systems; yet in many applications, predictive models do not exist or are computationally intractable. The Grover group is dedicated to the development of tractable and practical approaches for the engineering of macroscale behavior via explicit consideration of molecular and atomic scale interactions. We focus on applications involving the kinetics of self-assembly, specific those in which methods from non-equilibrium statistical mechanics do not provide closed form solutions. General approaches employed include stochastic modeling, model reduction, machine learning, experimental design, robust parameter design, estimation, and optimal control.

Metals In Biological Systems. Approximately one third of all known proteins contain metal ions as cofactors and serve a wide variety of functions, such as structure stabilization, catalysis, electron transfer reactions or complex tasks, including signal transduction and gene regulation. Numerous diseases such as haemochromatosis or Menkes disease were found to be related with a defect in metal metabolism. Research is concerned with development of metal specific fluorescent probes for the investigation of the intracellular chemistry of trace elements, the mechanistic study of metalloprotein catalyzed reactions with unusual coordination geometries as well as the development of protein-based, semisynthetic organometallic catalysts in aqueous solution.

Fluorescence Probes and Chelators for the Investigation of Intracellular Storage, Trafficking, and Homeostasis of Trace Elements. Until recently, little was known about how eukaryotic cells take up metal ions or regulate intracellular concentrations. Fluorescent chemosensors have been proven to be powerful and nondestructive tools for the study of intracellular metal ion distributions and have provided a wealth of information, including control of muscle contraction, nerve cell communication, hormone secretion, and immune cell activation. Research is concerned with the development of highly specific fluorescent probes for the detailed mechanistic investigation of copper storage and trafficking. Distribution and changes of intracellular copper concentration can be followed in vivo using fluorescence microscopy. Various combinatorial fluorophore libraries are being synthesized, which subsequently are screened for copper binding selectivity.

Bioorganometallic Catalysis with Peptide and Protein Ligands. The distribution of metal ions in sea water can be directly correlated with their abundance in biological systems. Consequently, the platinum metals palladium, rhodium, iridium and platinum are not found in any of the natural occurring metalloproteins. Nevertheless, these cations are excellent catalysts for a wide variety of organometallic reactions. Research is focused on combining the rich chemistry of platinum metals with the advantage of proteins to catalyze reactions with high regio- and stereo-selectivity. Novel bioorganometallic catalysts are being developed via redesign of structurally well characterized proteins.

Research in my group is focused on how the dynamic and responsive protein matrix facilitates biological catalysis.  We use a wide range of high resolution spectroscopic, biochemical, and structural techniques to describe the reaction coordinate, which reveals the motion of the protein in space and time.  We test the design principles, which we uncover, by building biomimetic models.

Metalloproteins constitute one of the largest classes of proteins in the proteome and are involved in virtually every metabolic and signaling pathway of consequence to human health and disease. Broadly speaking, the Reddi laboratory is interested in determining the cellular, molecular, and chemical mechanisms by which metalloproteins are activated by cells, and once activated, how they communicate with other biomolecules to promote normal metabolism and physiology, placing an emphasis on systems relevant to cancer, neurodegenerative disorders, and infectious diseases. Current projects in the lab are focused on elucidating heme trafficking pathways and the role of Cu/Zn Superoxide Dismutase (SOD1) in redox signaling. Prospective students will get broad training in disciplines that span modern biochemistry, bioinorganic chemistry, biophysics, chemical biology, molecular genetics, and cell biology.

Professor Peralta-Yahya's research group is developing foundational technologies to more rapidly and effectively engineer biological systems for chemical synthesis. One area of research is the development of biosensors to screen chemical-producing microbes, which could identify strains that produce chemicals at industrially relevant yield. This technology has potential applications in the area of microbial synthesis of pharmaceuticals & microbial production of high energy density fuels.