Spatial attention is what happens when we selectively focus on a region in our visual field and quickly extract information from the scene. When you look for your friend with the yellow hat in the upper deck of the arena, and you filter out all the other yellow caps to find him, you’re utilizing spatial attention.

At least, that’s how it works in a healthy brain. For people with a range of disparate ailments – autism spectrum disorders, attention deficit disorders, or schizophrenia, for example – finding the friend in the yellow hat isn’t all that simple. And so, understanding the role of attention in sensory perception is a critical component of neuro research, and ultimately, in the future development of better diagnostic tests or treatments, and also for the enhancement of normal attention.

With all of that in mind, Georgia Institute of Technology researcher Bilal Haider and his team are meticulously investigating the brain circuits and mechanisms underlying visual spatial attention, utilizing transgenic mice, publishing their most recent findings in the online journal, Nature Communications, with an article entitled, “Spatial attention enhances network, cellular and subthreshold responses in mouse visual cortex.”

“We figured out how to control and measure visual attention in the mouse brain,” said Haider, assistant professor in the Wallace H. Coulter Department of Biomedical Engineering (BME) at Georgia Tech and Emory University (BME), and a researcher in the Petit Institute for Bioengineering and Bioscience at Georgia Tech.

“We then found that attention to a point in space quickly causes widespread enhancement of neural responses to both faint and bright visual stimuli at that location – just like increasing the volume amplifies all the details in the music, not just the vocals,” explained Haider.

The latest work builds on his lab’s previous research, which showed that mice are an excellent model system for studying how neural circuits mediate visual behavior, providing a useful platform for studying what happens when humans make fast decisions – or when they don’t – about visual information. 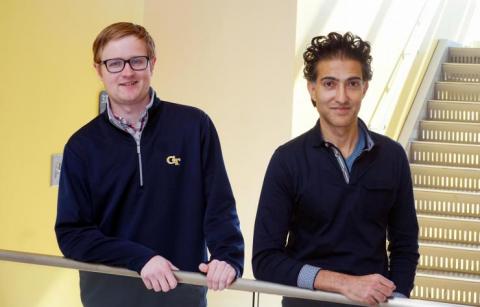 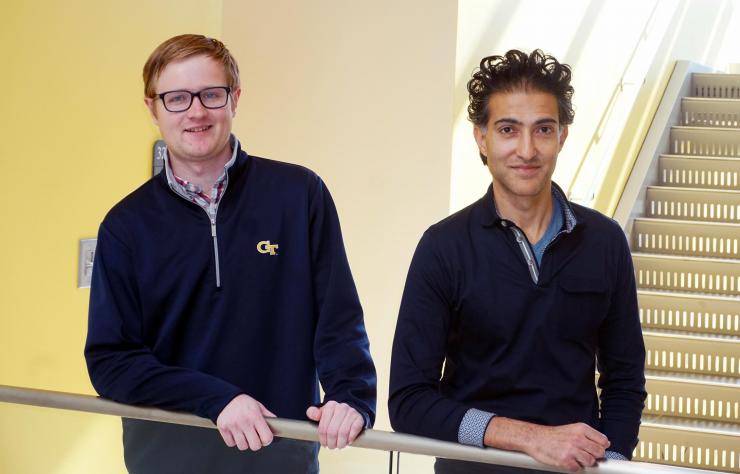 After receiving visual stimulus, the mouse brain is amped up by attention.

Professor Brandon Dixon has been selected as the Associate Chair for Undergraduate Studies in the George W. Woodruff School of Mechanical Engineering.

Cassie Mitchell is one of the first awardees under an initiative from the Chan Zuckerberg Initiative and the National Academies of Science, Engineering, and Medicine.

Markowitz gets $875,000 funding over five years — and the freedom to take risks and explore new frontiers in his research.

Eva Dyer wants to use her NSF CAREER award to address the next challenge.

The goal of the REM seed grants is to support new, fundamental, or translational research in regenerative engineering and medicine.

After receiving visual stimulus, the mouse brain is amped up by attention.