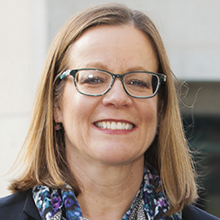 
Autocatalytic Models for Symmetry Breaking and the Emergence of Homochirality

Kinetic Methodology. Blackmond has pioneered the development of Reaction Progress Kinetic Analysis (RPKA), a methodology combining highly accurate in-situ data collection with a rigorous mathematical analysis that permits rapid determination of concentration dependences of reactants. In contrast to the classical role of kinetics, in which measurements of concentration dependences most often are asked simply to corroborate a previously proposed mechanism, the Blackmond group’s approach is to employ kinetic studies at the outset of an investigation of ill-defined reaction network to suggest reaction mechanisms. This “kinetic-assisted mechanistic analysis” aids in the design of further supporting experiments including conventional mechanistic tools such as studies of isotope effects and spectroscopic studies for structural and compositional information. One of the most powerful aspects of the methodology is its ability to deconvolute rate processes occurring on the catalytic cycle from those occurring off the cycle. Prominent examples of the application of this methodology to quantitative understanding of complex organic reactions and reaction networks include asymmetric hydrogenation, asymmetric organocatalytic reactions, Pd-catalyzed C-C and C-N bond forming reactions, and transition-metal catalyzed competitive reactions including kinetic resolutions. Reaction Progress Kinetic Analysis finds important application in the pharmaceutical industry, where streamlining process R&D based on Blackmond’s kinetic analysis is becoming an industry-wide standard.

Nonlinear effects of catalyst enantiopurity. Experimental and theoretical studies in the Blackmond group have derived relationships between catalyst ee and reaction rate that complement the standard tool of studying product ee as a function of catalyst ee. Prof. Blackmond’s work provides a means of testing proposed models for nonlinear effects and expands the power of studies of nonlinear effects to serve as a meaningful mechanistic probe. The concepts developed in this work led Prof. Blackmond to consideration of what has been termed the “ultimate nonlinear effect”, that of the origin of biological homochirality. She carried out the first kinetic studies and developed the first kinetic model exploring the mechanism of asymmetric amplification in the Soai autocatalytic reaction. She continues investigations of this reaction, with current projects focusing on determining the nature of the transition state species in this reaction as well as probing spatiotemporal aspects of absolute asymmetric synthesis by carrying out autocatalysis in well-defined microfluidic reactor networks.

Biological homochirality and amino acid phase behavior. More recently Prof. Blackmond has expanded the range of models to rationalize the origin of biological homochirality from proposals based purely on chemical reactions to those based on physical phase behavior of chiral molecules as well as a combination of chemical and physical processes. She has demonstrated that highly enantioenriched solutions of amino acids can be produced from nearly racemic mixtures via solution-solid partitioning of the enantiomers. Reactions catalyzed by amino acids that are carried out in such systems show nonlinear product ee consistent with this highly enantioenriched solution composition. This concept was then greatly expanded in scope with the discovery that eutetic compositions could be “tuned” by judicious choice of additives that alter crystal structure and solubility. In sharp contrast to autocatalytic reaction models, which invoke “far-from-equilibrium” behavior, this eutectic model is a pure equilibrium treatment. This distinction has important implications for scenarios concerning the time course over which the evolution of homochirality may have developed. Probing the phase behavior of amino acids in conjunction with solution racemization led to separate work showing how one hand of a chiral solid could be transformed completely into its enantiomorph from a nearly racemic mixture of the two. Because interconversion in solution allows an enantiomer that had been part of an L crystal to become part of a D crystal, this has been dubbed the “chiral amnesia” process.

ABSTRACT
The single chirality of biological molecules has fascinated scientists and laymen alike since Pasteur’s first painstaking separation of the enantiomorphic crystals of a tartrate salt over 150 years ago. In the past several decades, a number of theoretical and experimental investigations have helped to delineate models for how one enantiomer might have come to dominate over the other from what presumably was a racemic prebiotic world. Our work has highlighted mechanisms that include either chemical or physical processes, or a combination of both. While much of the scientific driving force for this work arises from an interest in understanding the origin of life, research focusing on mechanisms for the enantioenrichment of chiral molecules has the potential to impact a wide range of applications, most notably in the synthesis and formulation of pharmaceuticals.