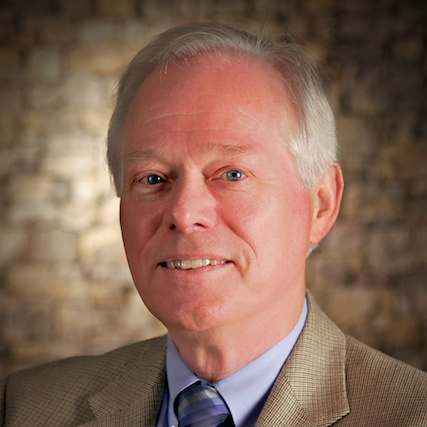 Dean P. Jones, Ph.D. is Professor of Medicine (Division of Pulmonary, Allergy and Critical Care Medicine) and Biochemistry (Adjunct) at Emory and Director of the Clinical Biomarkers Laboratory. He received a B.S. in Chemistry from the University of Illinois, Urbana, in 1971 and a Ph.D in Biochemistry from Oregon Health Sciences Univ., Portland, in 1976. He was a National Sciences Foundation Postdoctoral Fellow in Nutritional Biochemistry at Cornell University, Ithaca, and a Visiting Scientist in Molecular Toxicology at the Karolinska Institute, Stockholm prior to joining Emory in 1979. In 1997-98, he was a Nobel Fellow at the Karolinska Institute, Stockholm. He has served in several leadership roles at Emory University, including Program Director of the PhD program in Nutrition Health Sciences, Core Laboratory Director of the Emory University General Clinical Research Center, Executive Committee of the Emory-Georgia Tech Predictive Health Institute, and has chaired several committees of Emory University and School of Medicine. Jones studies redox biology and medicine and has research programs in the areas of redox systems biology, clinical metabolomics and environmental health. His research uses a range of molecular and cell biology approaches, mass spectrometry-based proteomics and transgenic mouse models designed to understand redox mechanisms. The clinical metabolomics program involves multiple collaborations and uses ultra-high resolution mass spectrometry to understand nutritional, environmental, genetic and therapeutic aspects of disease. In recent years, he has also developed an exposome research program, building upon the metabolomics and mass spectrometry programs for affordable, high-throughput environmental chemical biomonitoring. Jones is recognized for his research in oxidative stress, environmental health and toxicology, mitochondrial mechanisms of cell death and thiol antioxidants glutathione and thioredoxin. He has over 360 peer-reviewed publications and 140 invited reviews and book chapters. He has edited volumes on mitochondrial toxicity and microcompartmentation of metabolism. He received the Albert E. Levy Research Award, the most prestigious research award of Emory University, the Science and Humanity Award of the Oxygen Club of California, and is a member of the Emory Millipub Club, recognizing authors of manuscripts cited more than 1000 times, and received the R. Wayne Alexander Research Career Achievement Award, the Society of Toxicology Mechanisms Lifetime Achievement Award and the Jarrow Science Achievement Award. His research has been funded by NIH and other Federal and non-profit foundations. He has served on multiple editorial boards and grant review panels, including Chair of the Alcohol and Toxicology Study Section for NIH, and a member of the Basic Mechanisms of Cancer Therapeutics Study Section for NCI and is currently a member of the Systemic Injury by Environmental Exposure Study Section.ourier-transform mass spectrometry for high-throughput clinical metabolomic analyses of nutritional and environmental factors in human health and disease.